A downloadable game for Windows and macOS

It's a super simple to play; all you have to do is jump on other players heads to score points. This is an in-development build so please do leave a comment below if you spot any bugs or have feedback to give.

2 to 8 players can play and all major controllers are supported, and all artwork is from the excellent Kenney Assets.

Could there be a future version that allows you to disable the controller auto-detect code? I don't like plugging in controllers and having a layout imposed on me.

🤔I'll have a look into it. And just to be clear, what you are after is that you want to still use the keyboard with a controller plugged in?

Well, the issue isn't that I can't use a keyboard while a controller is plugged in. The issue is that, with a controller plugged in (and more specifically, an Xbox 360 controller) an entire layout immediately gets imposed on the controller. I take it that this is part of the XInput API, and I can understand why some people would want this. I personally would like to be able to use a 360 controller while simultaneously in a keyboard-only mode. If there's a way to do that, I don't know it yet.

Sorry Phil but I'm still a little bit confused :-) Do you mind walking me through stage by stage what you would like as a player to be able to do. You've booted the game with only a keyboard connected. You then plug in a x360 controller. The x360 controller becomes the 'active' control method for you as the player. Are you saying you'd like to be able to control the character using both the keyboard and the x360 at the same time? So pushing jump on the controller OR pushing jump on the keyboard will both have the same result?

I know some people love the fact that games can automatically map an entire 360 layout, but for me, there's a major loss of choice involved. In my case, other USB-based controllers (like an N64 or Logitech) are actually more attractive for use with this game, because the game won't recognize them as controllers, and because it won't, it also won't force a controller layout. 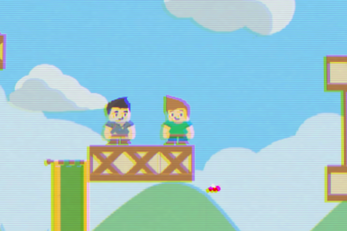 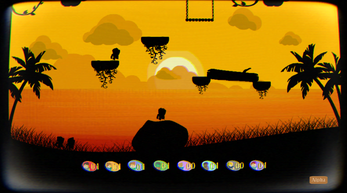